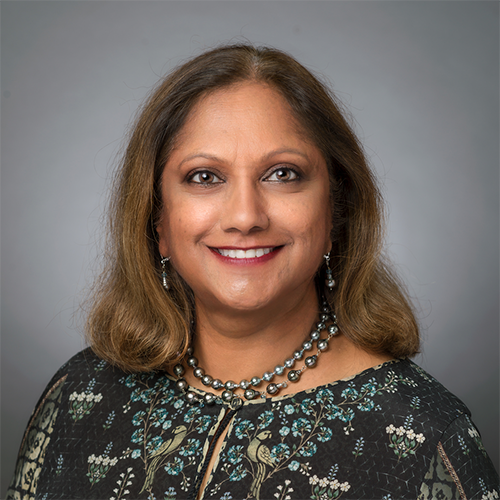 Nithya A. Ruff is the Head of the Amazon Open Source Program Office. She drives open source culture and coordination inside of Amazon and engagement with external communities. Amazon is guided by its leadership principles, including Customer Obsession, Invent and Simplify, and Think Big, which help direct Nithya’s work at Amazon—especially as they relate to the engagement, contribution, and participation in the broader Open Source Community. Open Source has proven to be one of the world’s most prolific enablers of innovation and collaboration, and Amazon’s customers increasingly value open source innovation and cloud’s role in helping them adopt and run important open source services.

She first glimpsed the power of open source while at SGI in the ‘90s and has been building bridges between companies and the open source community ever since. She’s also held leadership positions at Wind, Synopsys, Avaya, Tripwire and Eastman Kodak. At Wind, she led a team of product managers in creating and managing a world class embedded Linux distribution and was a key member of the Yocto Project Board’s advocacy committee. Nithya has been an independent director on the Linux Foundation Board for the last 5 years and was recently elected to be the first woman to be Chair of the influential Linux Foundation Board. She actively works to advance the mission of the Linux Foundation around building sustainable ecosystems built on open collaboration.

She is a passionate advocate and a speaker for opening doors to new and diverse people in technology and can often be seen speaking and writing on this topic. She has been pushing for all contributions to open source to be valued such as in marketing, legal and community and not just code. You can often find her on social media promoting civil dialogue on diversity and open source. She is a frequently invited speaker at conferences such as OSSummit, OSCON, All Things Open, SCALE, Grace Hopper, OpenStack, VMWorld, OS Strategy Summit and Red Hat Summit on the business and community of open source. In recognition of her work in open source both on the business and community side, she was named to CIO magazine’s most influential women in open source 2016 list. She was recently one of four people to win the 2017 O’Reilly Open Source Award for exceptional contribution to open source.

Nithya graduated with an MS in Computer Science from NDSU and an MBA from the University of Rochester, Simon Business School. Today she is an aspiring corporate director and corporate governance enthusiast. You can follow her on twitter @nithyaruff and can find more at https://www.linkedin.com/in/nithyaruff/